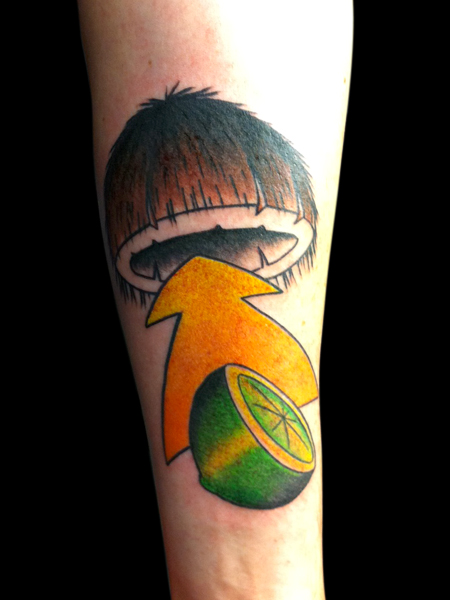 Tattooing in Las Vegas introduces our staff to a myriad of interesting characters. This was the case one Saturday afternoon.

Charlie’s skills were requested by Zac Nilsson to do a memorial tattoo on his forearm. The memorial was to his father, Harry Nilsson.

For those who don’t know, the elder Nilsson was a prolific singer/song writer with a career that spanned three decades, from the 60’s through the 80’s. Nilsson was friends with the Beatles’ John Lennon. After the death of Lennon, Nilsson devoted much of his time to campaining for stronger gun regulations in the U.S.

The song, “The Coconut”, was the inspiration for the tattoo. This song is best remembered for it’s chorus lyric, “put de lime in de coconut, and drink ’em bot’ up”.

Charlie Spencer had a nice little chat with Zac and his friends while performing the procedure. Zac left the shop with a smile on his face and a great tattoo that he can enjoy for many years to come!