This weekend Studio 21 Artists Mike Biggs, our buddy “Just Another Day” (Freddy) and I hit LA on Friday for the Secret Walls Battle of the year! The very first Los Angeles VERSUS Las Vegas Team Battle consisted of 2 Teams, 3 Artists. Each team givin’ the opportunity to rep their city via the walls of the Start Los Angeles Gallery. Artists were given black paint , a massive white wall roughly around 60’X 18′ split between 6 artists and 90 minutes to paint.

Both Teams selected a song to make their WWF style  grand entrance into the arena!  Team Las Vegas broke through the fog cloud to  AC/DC “Thundrstruck”, matching jackets and hats looking REAL FLY.  Mike Biggs and I were fresh off the Level Up Mural Project so we were stoked on keeping the ball rolling. With Freddy’s help we killed the wall in a little over an hour. Just enough time to grab a beer for the final crowd cheer.

I’d say 500 plus kids were smashed into the warehouse to watch the drawing match. We were blown away. Supposedly this Secret Walls turnout was the  largest turnout yet.  Team LA was great! They really brought some serious talent and positive vibes. In the end Los Angeles beat us with a bad ass mural with some hilarious Las Vegas puns and even a dash of DUMP TRUMP imagery. Well done LA, congrats and cant’ wait for round 2!

Thanks for all the support. 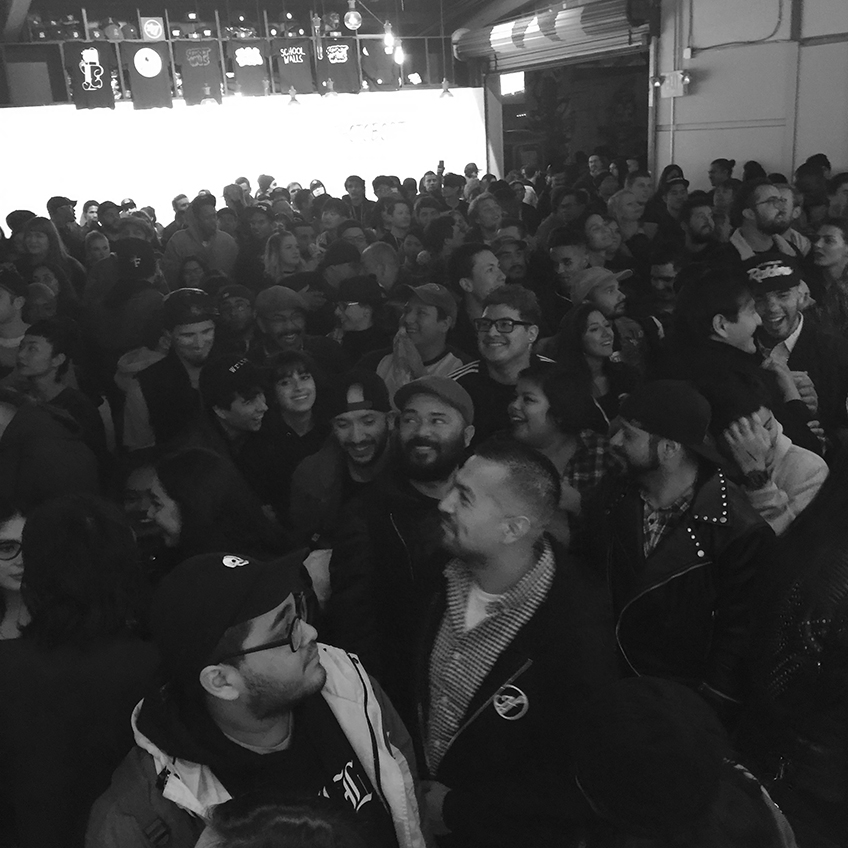 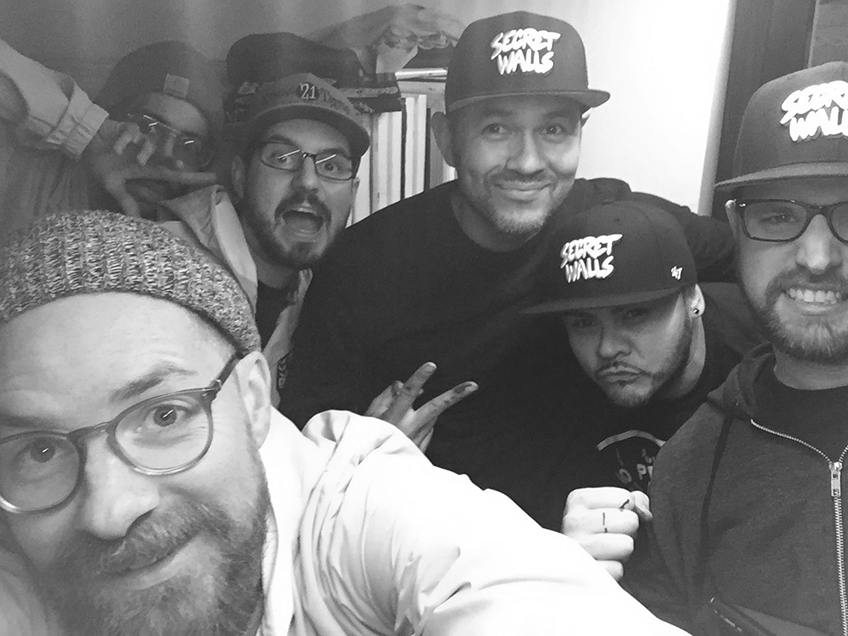 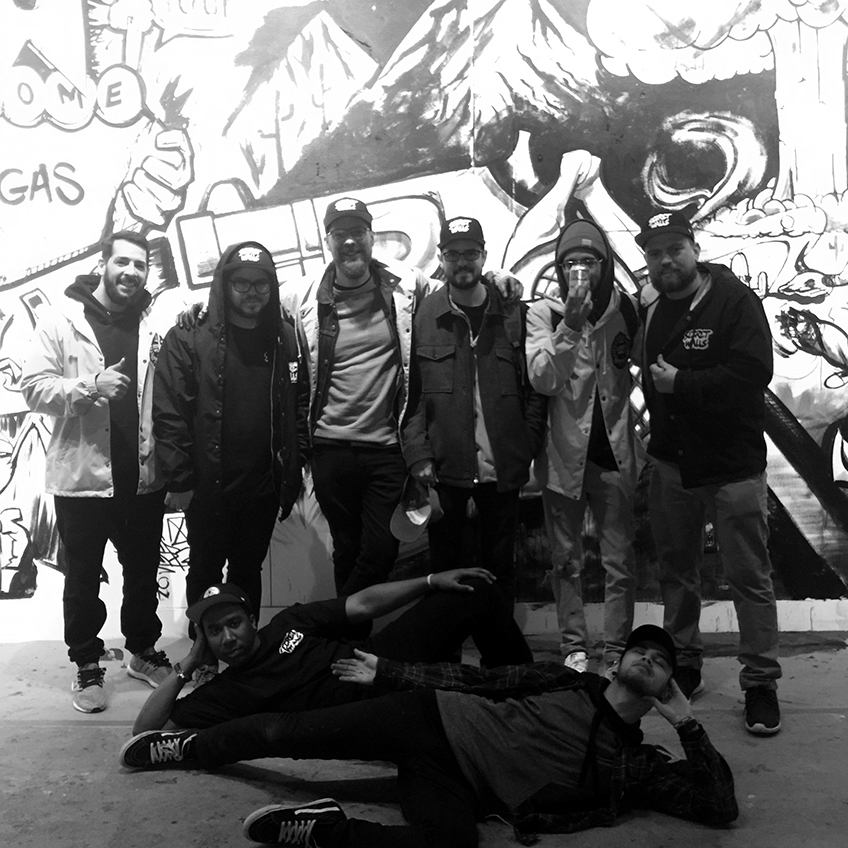 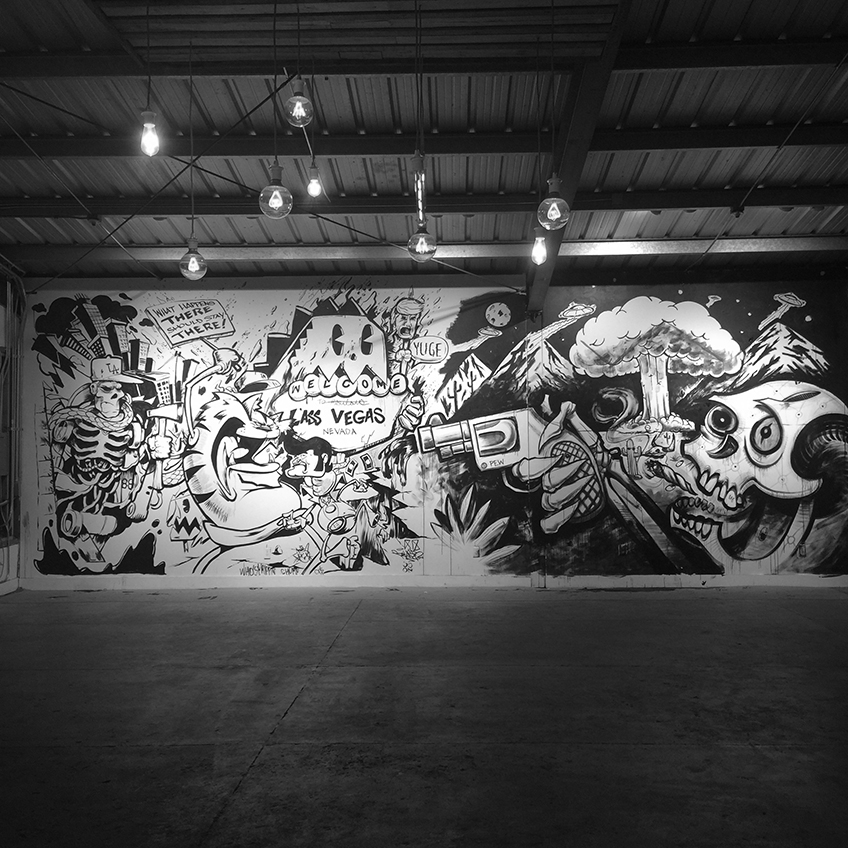 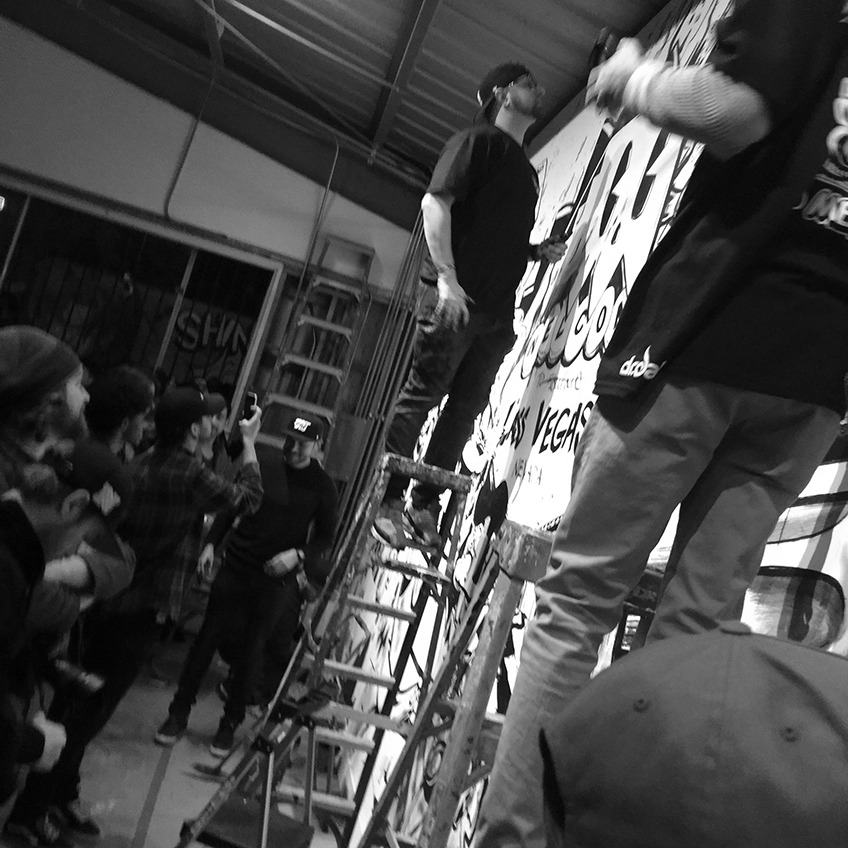 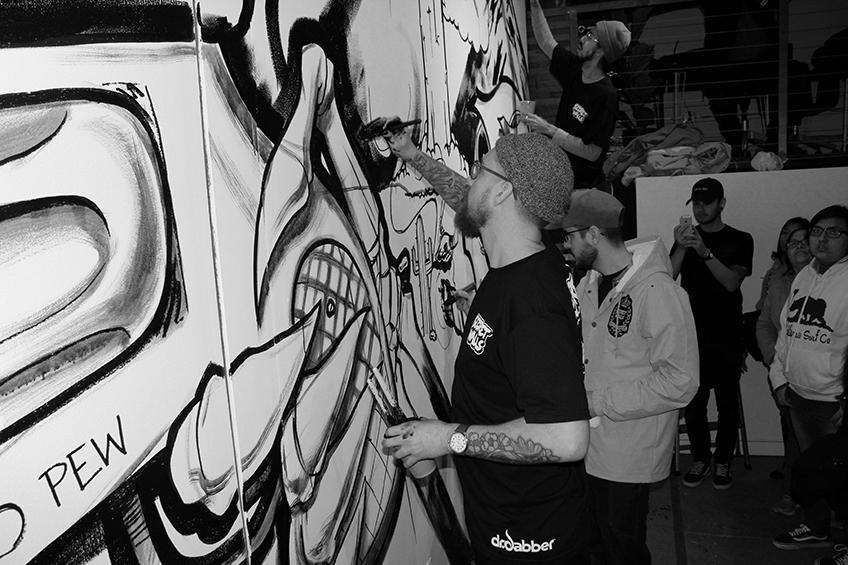 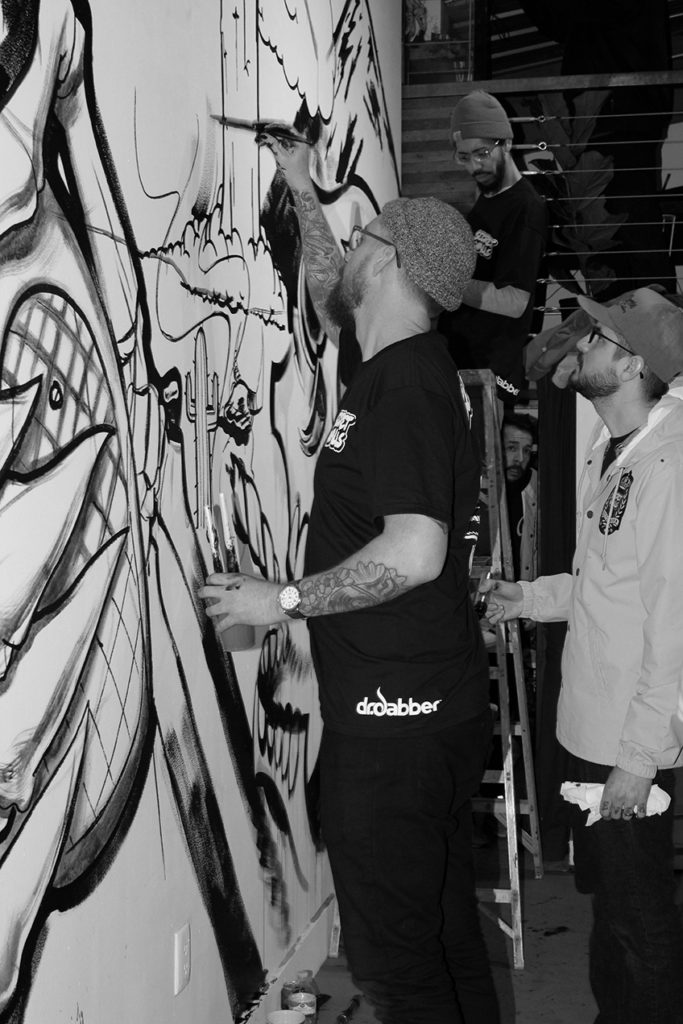 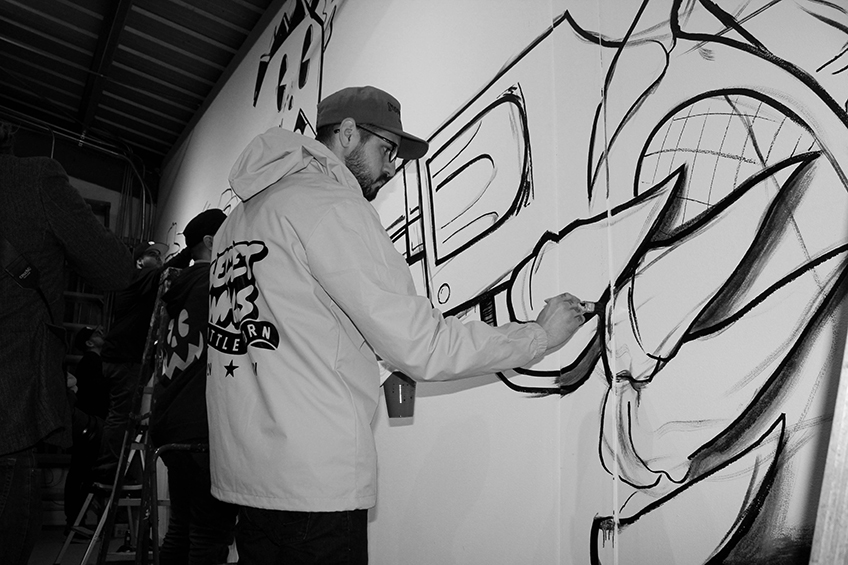 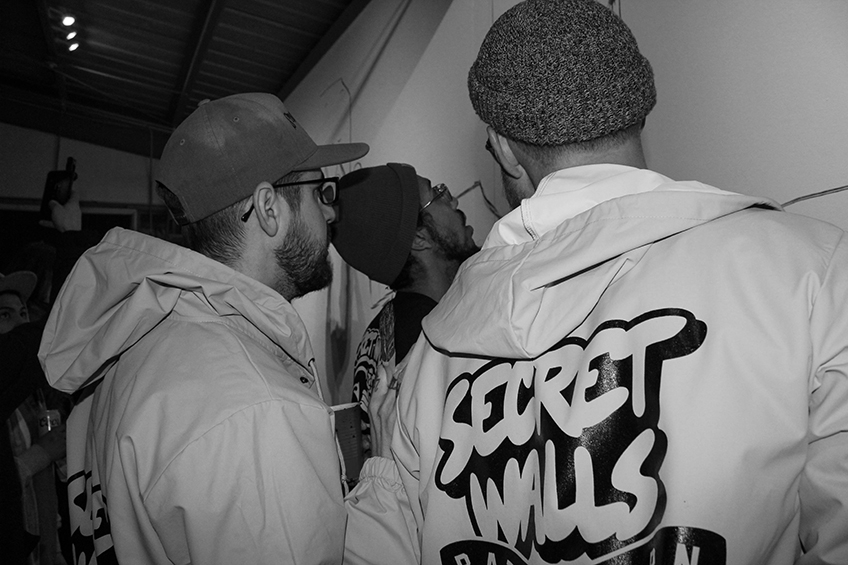