What do tattoos, rat rods and hot chicks have in common you might ask? You must have missed the wipe down!? Miss RED stopped by to give Charlies Hot Rod a quick wash…Hmnn…Ok. What brought this on was a visit from the guys at Rat Rod TV to film a little car was episode. The ’30 Model A Tudor has been the shop car for Studio 21 Tattoo, Las Vegas, Nevada for a number of years. This little rat rod has received so much attention over the years. What a fun way to promote a tattoo shop, right?

This awesome little rod originated in Sioux City, Iowa. Charlie picked this little guy up on Ebay back in August of 2006. Many improvements have been made on this guy including new rims and tires, front suspension upgrades, full Tijuana tuck ‘n roll interior, and a new roof package  to name a few. Additional paint including the vintage looking 21’s on the doors and some great looking pin stripes by @bigmeas.

This rod is registered as a 1930 Model A Ford. Though not totally street legal, it’s close enough to stay out of a lot of trouble. No mufflers is not usually an issue, unless the driver puts his/her foot into it too much. It has cheater slicks on the rear which are supposed to be legal, but the jury’s still out on that one. Charlie has been ticketed for excessive noise and slicks on the rear. That’s ok though. Stuff happens!

It’s so nice of Miss Redd to stop by and give the rat rod a little tender loving care! The guys in the parking lot didn’t seem to mind either. It’s always refreshing to see a pretty lady with a bucket of suds and a sponge! Next time we need a wash, we’ll know who to call! 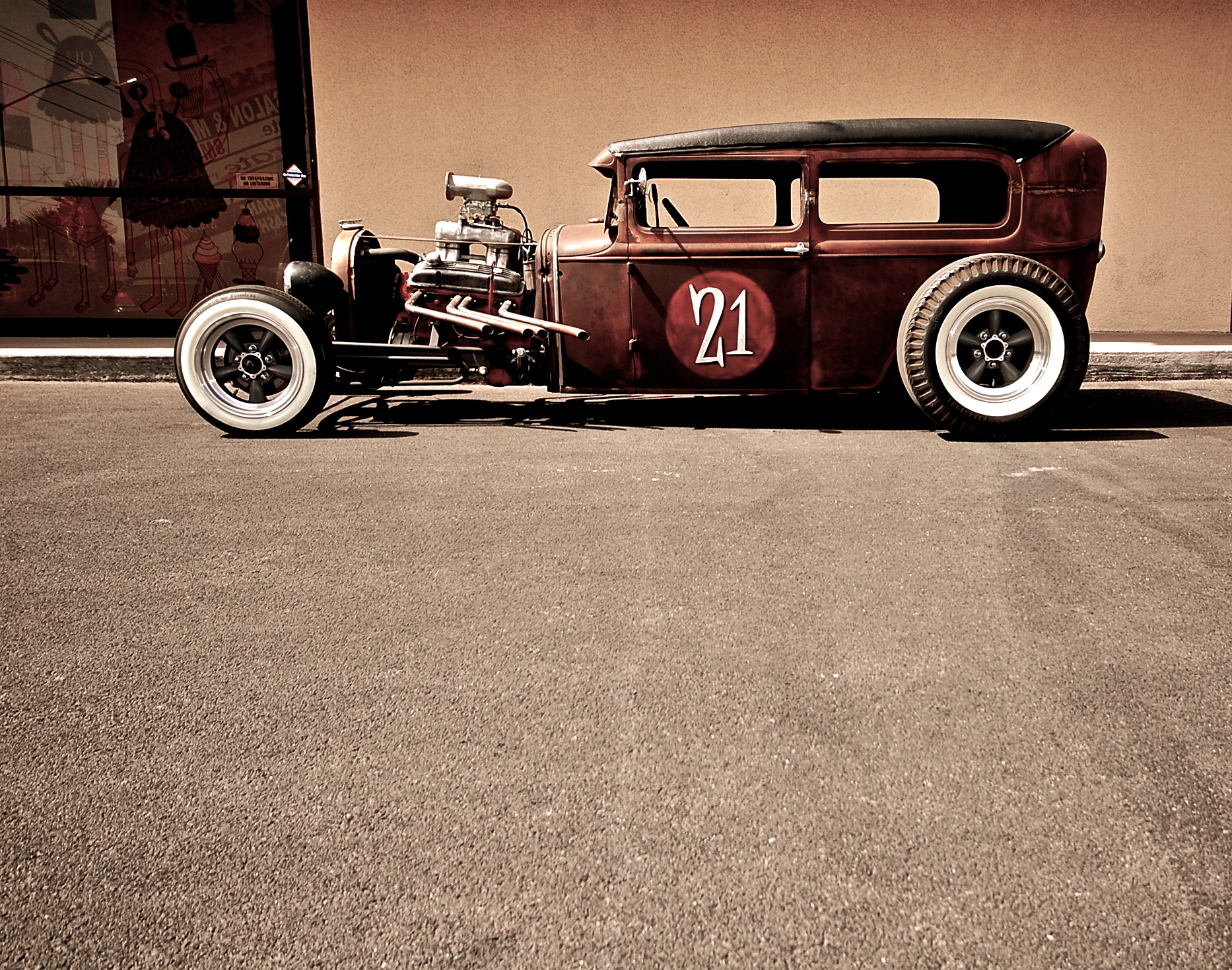 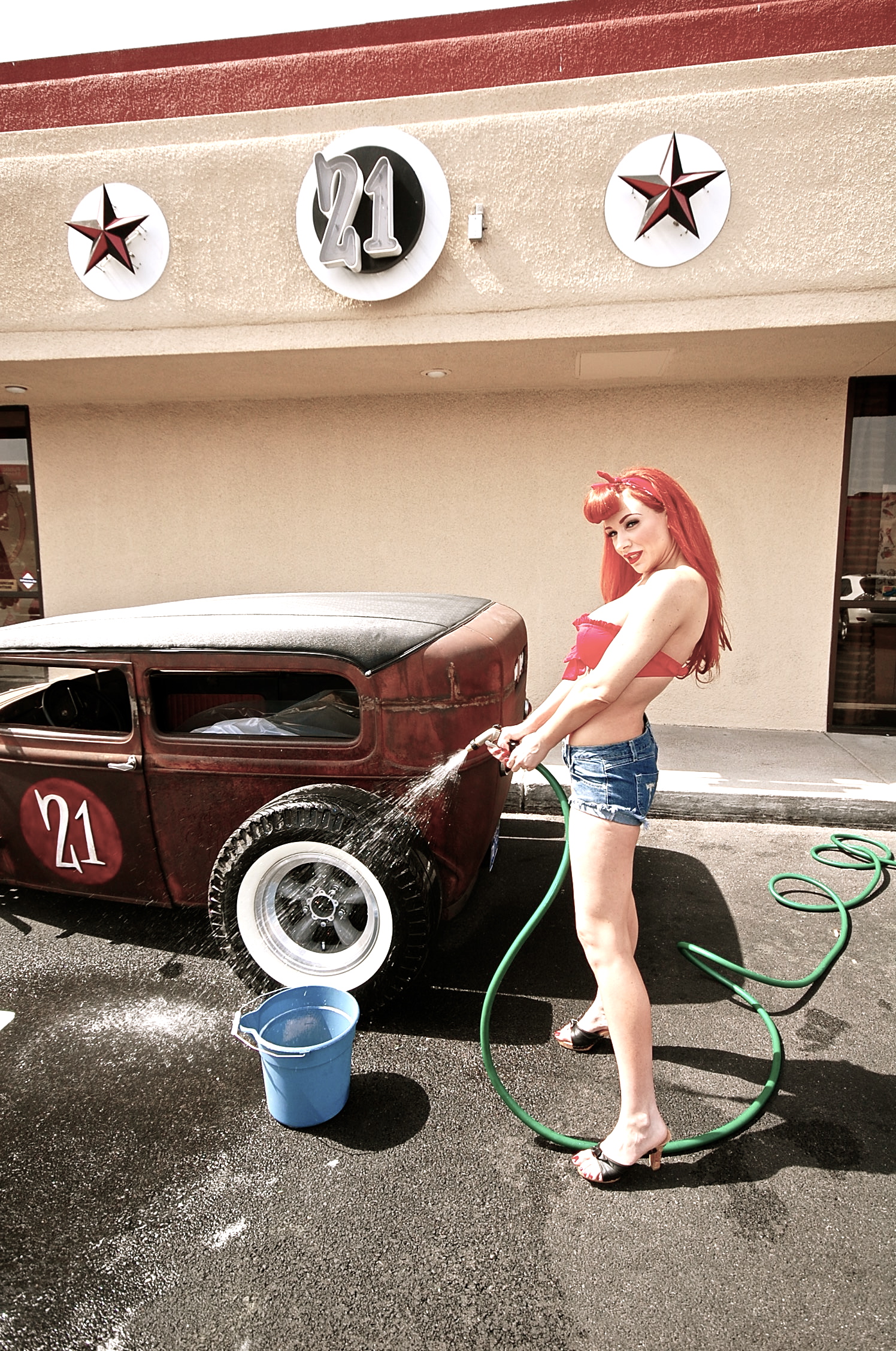 Miss RED gives us a wipe down!